Agenda for the Annual General Meeting

5. To Approve the Accounts

6. To Appoint an Auditor

9. To Elect Members of the Board The following Board members are due to retire under the two-year rule: John Taylor-Bashford, Richard Crisp, Don Govan, Ted Norton, Tim Whiter, Graham Wills. All of the above have expressed their willingness to stand for re-election. In addition Alfie Beer has been nominated to stand for election.
Any member of the Association wishing to stand for election to the Board must submit their name to the Honorary Secretary no later than 7th February.

10. To Elect Officers of the Association from members of the Board. Chairman, Vice Chairman, Hon. Secretary, Hon. Treasurer, Harbour Master & Membership Secretary to be appointed.

Add to your calendar: iCal 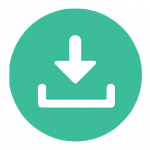